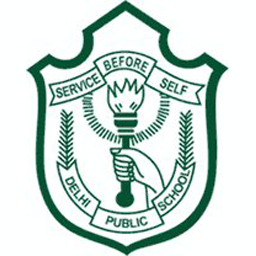 In the last fifty-two years DPS has produced a galaxy of eminent men and women, who have brought glory to it not only in India but abroad as well.
From a small beginning in the President's Estate in 1941 as Church High School to Naveen Bharat School in 1947 and finally in 1949 at its present location on Mathura road, DPS has traversed a long journey. The birth of a new nation in 1947, was in a way the beginning of DPS (called Naveen Bharat then). A momentous time in the history of our nation, when a beginning was made to fulfil a social, national need. DPS was a not a silent witness to the trials and tribulations of the growing metropolis, but contributed richly to the growth of the capital, especially academic.

DPS Mathura Road was the only DPS till 1972. But the parent DPS was ready to spread its wings. The many off-springs, 95 schools as on Ist September 2002, that followed from R.K.Puram in 1972 are simple assertions of the strength that is DPS. Yet what has remained unchanged is the zest and spirit to achieve and excel.

As it has been said, " It is good to have an end to journey towards, but it is the journey that matters, in the end." The involvement of the society in universal educational enhancement and its endeavor to build a democratic, pluralistic and secular nation has made all the difference. It is no more a question of lighting a candle here or there, it is an attempt at total electrification. The whole world has begun to glow with the light of literacy radiated by the Delhi Public School Society.